Ulm, with a city population approaching 120.000 inhabitants, is a city in the southwest of the federal Land Baden-Württemberg in Germany. As a city by the river Danube has European connections with the cities alongside the river entering the Black Sea with important trade routes crossing. Ulm was always the centre of this part of Baden-Württemberg, is also the cultural, logistic and technology centre of the region. Ulm is part of many clusters around the region: life sciences, bio, automotive, logistic and more. The backbone of Ulm’s economy are the small and middle sized enterprises.

The city is famous because of its „Wissenschaftsstadt“-Science City, in which educational and research institutes, clinics and industrial companies work together in a very innovative way for about 30 years.
Wellknown enterprises as Daimler, Nokia, Continental work hand in hand with Ulm University, Ulm University of Applied Science and various other enterprises.

Ulm is an old settlement. As early as 5.000 B.C we find the first Stone Age settlements in Ulm. The area around Ulm is famous for Stone Age Art, found in caves of the Swabian Alb which is older than 35.000 years.

Ulm is still a city with a historic centre. The first document about Ulm is from the year 854, when it was then a king’s palatinate. In 1181 it became a designated town. In the Middle Ages Ulm was the cultural and economic centre of the region and a “Free Imperial City”, the Emperor as the only head of the town until 1802. During the Middle Ages Ulm was a trade centre for cloth and its citizens were important patrons for the arts. In that times Ulm citizens built the famous huge cathedral with its spire of 161meters, which is still the highest in Christian world. The inner part of the City is still in the structure of a medieval town with its guildhouses and quarters for fisherman and other craftsman. In the Second World War 85% of this centre was destroyed, but was rebuilt after the war. The most famous Ulmian is Albert Einstein who was born in Ulm.

The City of Ulm was partner in various EU-projects since 2004. These projects were on sustainable mobility, town planning, innovation and intercultural training.
Ulm was both partner and leadpartner in INTERREG projects, URBACT and other programs. Since September 2018 Ulm also started a Horizon 2020 partnership on a project on automated driving.
Ulm also hosts a Europe Direct Information Center. It builds the information bridge between the European Commission and the Ulm citizens. Main target group are schools, but also the general public.
Together with the City of Neu-Ulm in Bavaria Ulm runs a Danube office. The aim is to be a door-opener along the Danube and to carry out projects in politics, culture, science, education and ecology along the Danube. 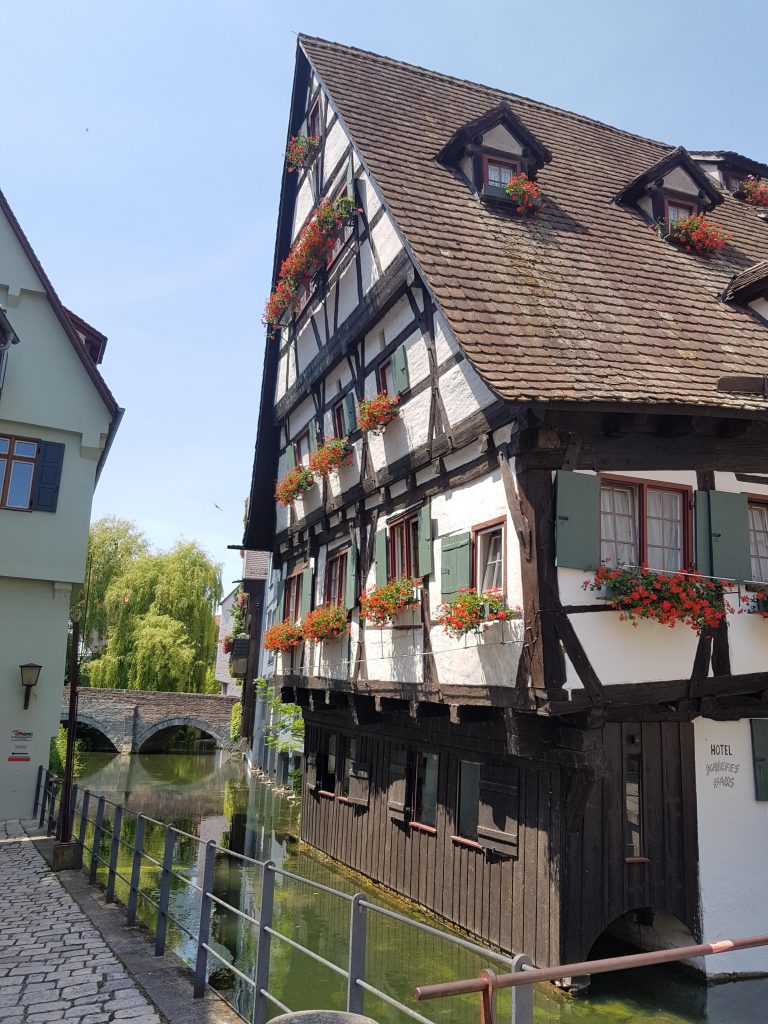